Important changes to elections in Elmbridge: Tell us your views 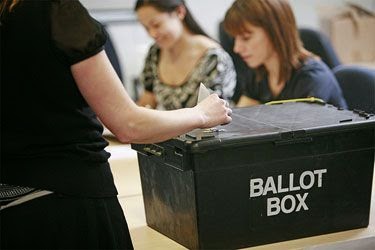 ELMBRIDGE Council is considering significant changes to the way councillors are elected and wants to hear your views.

A vote of the council will take place on November 17th to decide whether to move from the current system, where a third of the council is elected each time, to ‘all-out’ elections where the whole council is chosen every four years.

There are substantative arguments for and against both systems. Under the thirds model residents have an annual opportunity to hold the council to account, by electing borough representatives for three consecutive years followed by Surrey County Council elections in the fourth year.

If they are unhappy with a particular policy they are able to express their feelings at the ballot box. On the flipside this also allows parties to see where they are going wrong and adjust course.
The downside is that parties are constantly looking ahead to the next May’s elections, and could be less inclined towards long term and sometimes unpopular decisions.

Moving to whole council elections every four years could allow for more effective planning, and there would be considerable savings to be made from holding fewer elections (around £42,000 per year).

However there is another complicating factor. The Local Government Boundary Commission for England (LGBCE) is carrying out a review of all the Elmbridge Council wards. Led by Sir Tony Redmond, it will take soundings from councillors and residents, and consider reducing the number of councillors from the current 60. This is likely to result in a redrawing of the council wards themselves.

The Molesey Conservative Residents feel the thirds system creates greater democratic accountability, but we understand that if thirds stay then the Commission will insist on three member wards.
This creates the danger of Molesey’s wards either being merged with neighbouring towns, or having non-Molesey communities bolted on. But with an all-out elections model the Commission will allow two or even one member wards to be created, which would make it more likely that Molesey’s community identity can be preserved. The MCR believes this is important.

To take part in the consultation and read more of the arguments, please go to elmbridge.gov.uk and click on the ‘Have Your Say - voting consultation’ link. This closes on November 2nd, so please don’t delay.

I will be required to vote on this matter on November 17 and is keen to hear your views. Please email MoleseySteve@gmail.com or post below.
Posted by Steve Bax at 14:07 No comments: 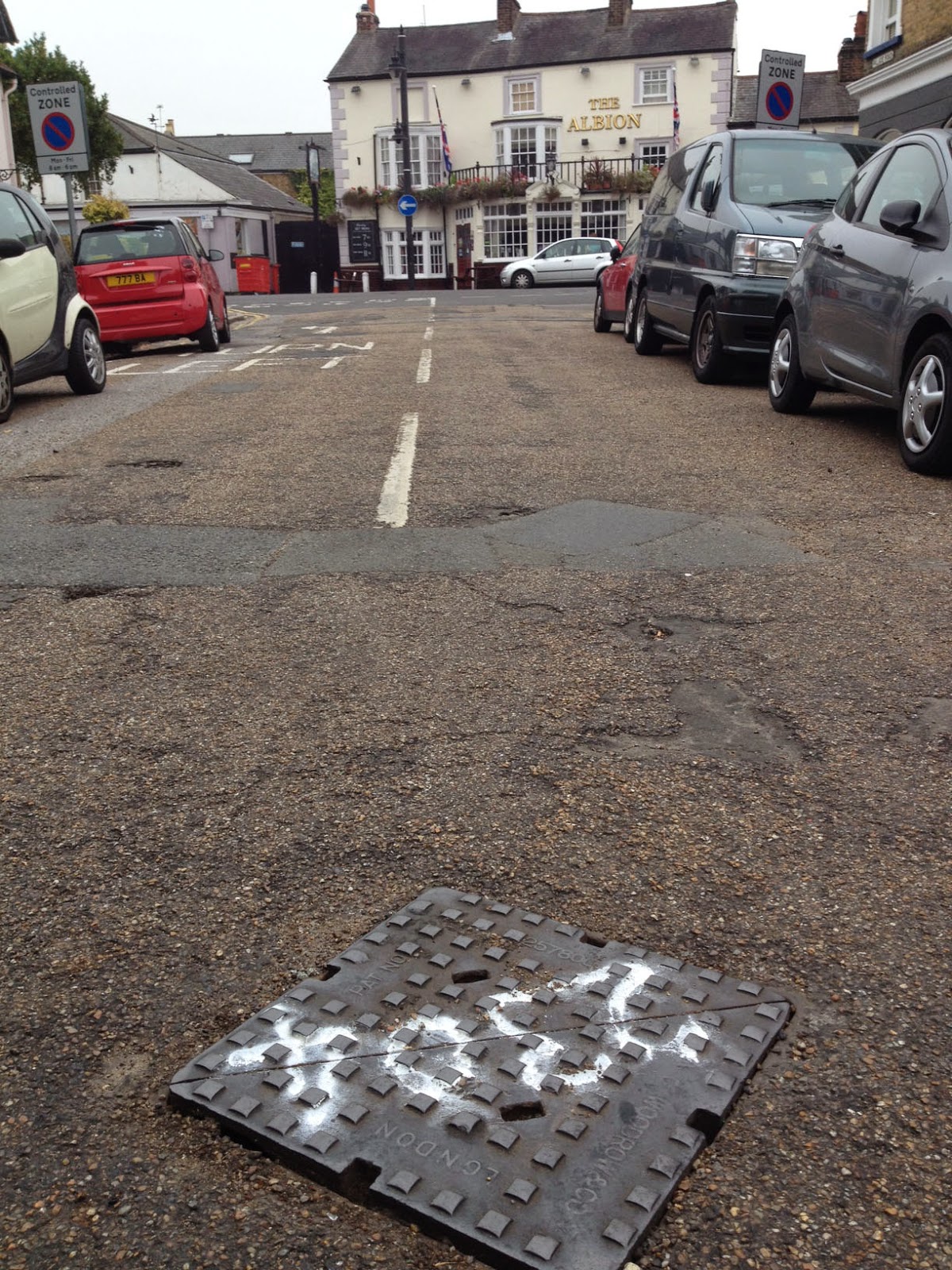 A BUILD-up of fat and grease in Molesey’s Victorian sewer system have been blamed for the notorious ‘Bridge Road pong’.

In September residents of Bridge Road and Palace Road complained of lingering unpleasant smells, which were particularly bad outside the Albion pub.

I asked our Borough Council’s environmental team to intervene, and after a lot of to-and-fro with Thames Water and a couple of false starts by its contractors, eventually some 700 yards of the sewer tunnel along the length of Palace Road was flushed clear. The cause of the smell was found to be from an unholy mix of fat, cooking oil, grease and wipes congealing together to defeat the sewer routes beneath the effected roads – all things which should not be disposed of into our sewer system via sinks, drains and toilets.

I took the opportunity to question Thames Water about the robustness of this sewer system, particularly in view of the fact that any development at the Jolly Boatman and Hampton Court Station sites would use the existing 19th Century tunnel network.

Its spokeswoman said: “We believe the sewerage system serves the needs of local residents as it is running freely and there are no operational issues such as infiltration or collapses. It could not cope with the amount of inappropriate items being disposed of. If used correctly the system operates without any problem or inconvenience to residents.”

Thames Water is distributing ‘Bin It Don’t Block It leaflets’ with advice on the proper disposal of cooking fat - in short: pour it in a container, allow to cool and then put in the rubbish bin. A full copy can be viewed here.

The Molesey Conservative Residents have been informed that the area’s sewers have been put on a schedule for regular inspection
Posted by Steve Bax at 14:04 No comments: 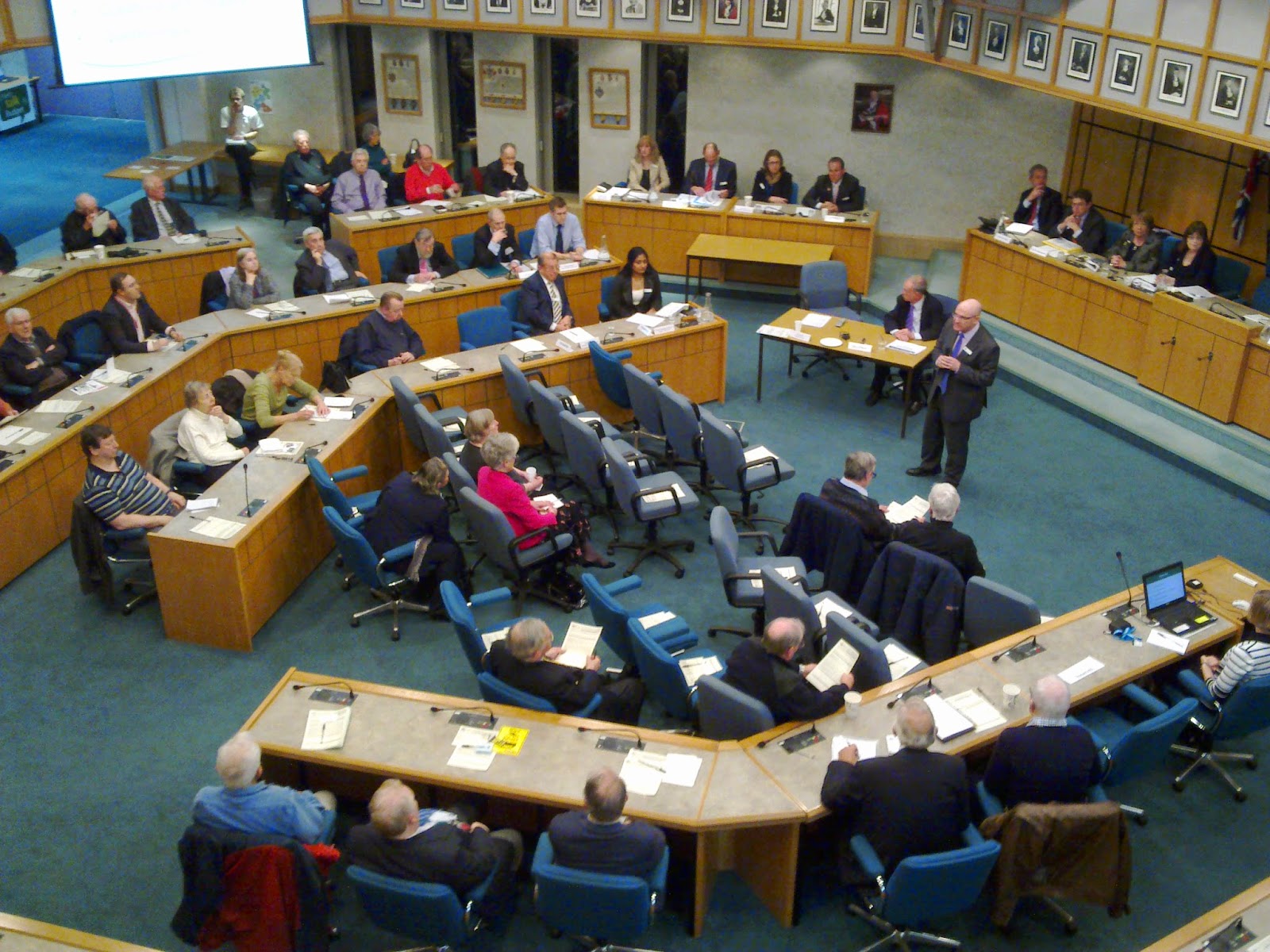 In my election leaflet in May this year I listed several ways that I wanted to see local democracy improved at Elmbridge Council.

One of these was broadcasting council meetings on the internet so that voters could watch the debates and scrutinise their councillors and the decisions being made more closely. Therefore I am pleased to be able to confirm that the Conservative administration is embarking on a 12 month webcasting trial from the end of this year.

A budget of £10,000 has been made available for hosting the footage and for the purposes of the pilot scheme the by-monthly Full Council meetings and Cabinet meetings will be the only ones filmed. As usual all meetings are open to the general public without the need for prior appointment.

More good news: the long standing and slightly archaic restrictions on the filming and recording of council meetings have been lifted. Bloggers are now welcome!
Posted by Steve Bax at 14:00 No comments:

Heathrow to bring an early end to its airspace trials over Molesey! 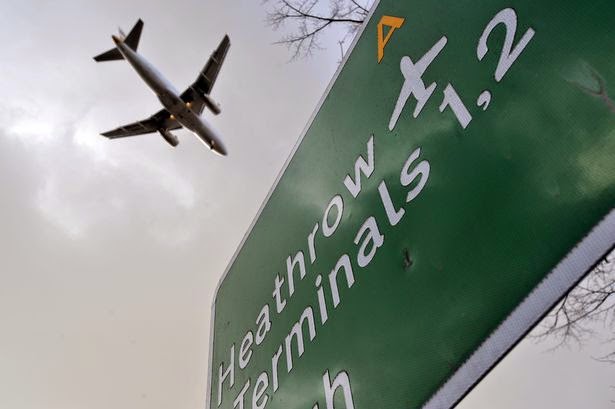 Fantastic news! Heathrow Airport has announced that it is ending its airspace trials over Molesey on November 12th, rather than in late January!

This is great news for all of those residents who have been enduring noise nuisance from an increase in the number of overhead flights whenever an easterly wind is prevailing.

Councillor Steve Bax and the Molesey Conservatives have been leafleting residents to encourage them to write to Heathrow's complaints email, so that local views are taken into account by the airport in any proposals for permanent new flight paths. From 2020 aircraft will switch from ground beacon-based navigation to satellite technology, resulting in narrower, more concentrated flight paths. MP Dominic Raab's public meeting at St Mary's Church Hall in East Molesey on September 24th was packed with around 120 people.

Dominic said this week: "I am very relieved local residents will be able to enjoy Christmas without the disproportionate noise from these trials. Councillor Steve Bax and I worked hard to get Heathrow to act on local concerns, and it’s good news that the authorities are listening. Now, we need to work together to make sure we don’t see any return to those kinds of noise levels in the future."

A change.org petition to stop the trials and not make the changes permanent has been well supported by residents of Teddington, which is under the same flight path, and Molesey.

Here's that Heathrow statement in full:

Heathrow Airport today announced that it will be ending the current airspace trials on 12th November, instead of its original scheduled end date of January 26th 2015. Heathrow will also be postponing trials scheduled to commence later this month.

These trials being run in conjunction with NATS, are being driven by Government’s Future Airspace Strategy, which requires that all airports implement changes to modernise airspace by 2020.

Heathrow’s current easterly and westerly trials affect departing aircraft, and began on July 26th and August 25th respectively.  The trials have been testing concepts and techniques necessary to inform how airspace can be better managed in the future.  The routes are not indicative of future flight paths.

To date, the trials have been successful in collecting large amounts of data and have provided valuable insight into the design and feasibility of operating precision routes and how Heathrow could maximise noise respite for local residents with new airspace design. In light of residents’ feedback and after meetings with local authorities and Members of Parliament, Heathrow asked NATS to consider shortening the trials. It is the view of NATS and Heathrow that sufficient data will have been collected by 12 November to confirm the findings of these trial. Given that is the case, the trials will stop on that date.

Heathrow, like other airports throughout the country, is still required to provide the necessary data to inform the Civil Aviation Authority’s plans for future airspace modernisation and will be required to run other trials in the future.  The reaction to the current trials has been much stronger than previous trials held earlier this year.  Heathrow will therefore review how any trials are carried out in future and will ensure the details of future trials are fully publicised to residents in advance.

“These trials are crucial in helping us develop ways to manage our airspace more effectively and to reduce noise from Heathrow. We do, however, appreciate that some residents will have experienced a temporary increase in noise as a result of these trials. The feedback we have received during the trials is very important to this process. We are always looking to minimise the disturbance residents may experience as a result of flights around Heathrow, and so we are pleased to have been able to work with NATS to bring an early end to the trials.”

Any permanent changes to airspace require Government approval and will be subject to full public consultation.
Posted by Steve Bax at 22:42 No comments: