Why you should cast your vote positively for Steve Bax today 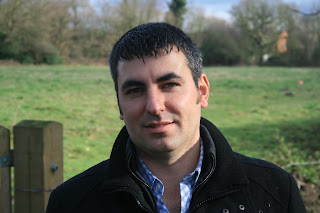 This is it, Polling Day, the final day of the campaign and the most intense. I will be heading out to vote shortly and then going between the polling stations in East Molesey & Esher and meeting as many voters as I can.

If you are planning to vote today, thank you. I hope you will support me and can I assure you that no-one would work harder for this division if elected. My opponents put out a deeply cynical letter yesterday accusing the Conservative-led Surrey County Council of failing to invest in roads and schools - while knowing full well that only the Conservatives are pledged at this election to invest £100million in repairs and resurfacing over the next four years, and £261million to provide 12,000 additional school places - the biggest school building programme in Surrey's history.

Rather like the Labour party nationally, the Residents Association is full of criticism but offers no promises on what it would do if elected, other than bring an 'independent' approach. Remember these people -for all their protestations of not being political - are registered political parties and practice politics, only to claim to be above the process at election time. And they are no more or less local than any other candidate.

If you are thinking of voting for UKIP, perhaps out of frustration at one or more aspects of Government policy, please remember that today's election is about local issues - schools, libraries, roads, social services. UKIP's candidate has no record of local activity and has not put out a manifesto so we have no idea what he would or would not do for Surrey. We could end up with a councillor who knows he wants Britain out of Europe, but no plan about issues in Molesey, Esher or Surrey - nor much influence at County.

It looks like we're in for sunny weather so with any luck there will be a reasonable turn-out and if you are making the effort, I salute you!

Here's a quick reminder of where I stand: