An appeal to Molesey to support your local library

MOLESEY is lucky to have an excellent library that is free to join and within easy reach.
When it was threatened with closure two years ago, the Molesey Conservatives' chairman Steve Bax teamed-up with town councillors and concerned residents to campaign for its survival, and have worked for its prosperity ever since as as part of the Friends of Molesey Library committee.
The Friends have raised money for new signs and equipment, arranged meet the author events and coffee mornings. Recently we obtained a grant to buy a picture hanging system to allow local artists to display their work in Molesey Library.
However the library has stiff competition from kindles and the internet (and customers with less time to read). Borrower numbers fell 5.8% in October compared to last year.
Although there is no immediate threat to the library we cannot be complacent. The best way to ensure our library’s future is to use it, so when you are next passing please pop in and take out a book or rent a DVD. You will be helping as the library is measured by Surrey CC on the numbers of books it loans.
Steve Bax said: "Molesey Library is a fantastic local resource, providing our town with free books and newspapers and free access to the internet. I have a supporter for a long time and my appreciation has grown in recent years since I have had young children.
"It is difficult to say with any certainty why library usage is declining. There are probably many factors but mainly I think its a time issue, as people with full time jobs and families often feel their leisure time is limited. But discovering a good book is extremely rewarding and well worth the investment." 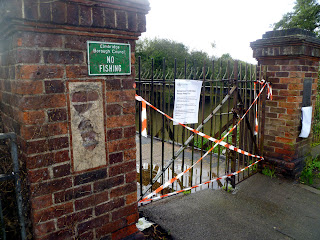 An ounce of prevention is worth a pound of cure, according to the old saying.
The pedestrian footbridge leading from Green Lane into Neilson’s Field has been taped off after an engineer's inspection concluded that it was unsafe.
Reporting his findings to Elmbridge Council, the engineer noted severe corrosion of the steel underside and main support beam of the bridge. The protective paint had mostly peeled away and brick pillars were cracked and loose.
As a result of the “extensive” decay this once-attractive 1930s bridge has been deemed beyond “effective economical repair”.
The Molesey Conservative Residents consider that an option for refurbishment should be looked at rather than the bureaucratic knee-jerk tendency, all too prevalent in government these days, of complete demolition of infrastructure and rebuilding, with the result being the loss of more of Molesey’s historic architecture (and the cost to the tax payer of a new bridge).
Residents may wonder why the Nielson’s Field Bridge has been allowed to get into this badly run down state on the Molesey Residents Association’s watch? It has been obvious for years that it needed maintenance, yet it has been neglected to the point that it has had to be closed.
Routine works and applying a coat of weatherproofing paint every few years might have stopped the corrosion.
Why has the MRA, which has been the town’s sole political representation for years, and its 11 councillors, not taken up this issue years ago before it reached such a wasteful pass?
Posted by Steve Bax at 19:48 No comments: 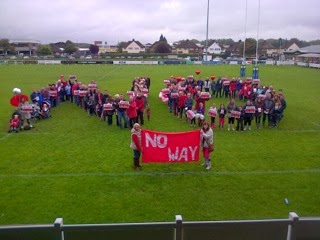 PLANS for a food waste treatment plant just outside Molesey could result in a large increase in lorries passing through our town.
A company called Clean Power Properties is asking Surrey County Council for planning permission to build an ‘anaerobic digestion centre’ on the former Weylands sewage farm up by Hersham railway station.
If it goes ahead it is expected that 195,000 tonnes of rubbish would be delivered to the site each year, all of it via local roads.
Anerobic digestion involves large amounts of biodegradible waste being packed into a small confined space and broken down over several stages into a gas, which in turn can be used to generate electricity.
Whilst Molesey Conservatives support such innovation in our energy supply and waste disposal - increasingly important issues in the country - the traffic implications mustn’t be allowed to damage Molesey’s quality of life.
Conservative councillor Andrew Kelly, who has been campaigning as part of the Weylands No Way group, told the Molesey News: “There is no doubt the extra HGVs would make their presence felt across Elmbridge. And we won’t just have more HGVs, they would be bigger as well. I urge as many residents as possible to make sure Surrey County Council know that our area just can’t cope with the effects of the application.”
Some 2,500 residents have signed a petition against the plant. Their view, which is shared by Molesey Conservatives, is that a built-up residential area is a poor choice of location for a facility of this nature.
Elmbridge borough councillors were consulted over the proposals and raised a number of objections; among them was that the digestion plant would be inappropriate development in the Green Belt and that insufficient information had been provided on the potential impact of emissions on surrounding residential areas.
The applicant insists its plant will be less noisy, dusty or smelly than the existing recycling activity on the Weylands site.
Surrey County Council’s planning committee will make a decision on the proposals on February 26 next year. To find out more about the No Way campaign and to register your support, go to www.facebook.com/WeylandsNoWay
Posted by Steve Bax at 19:43 No comments: 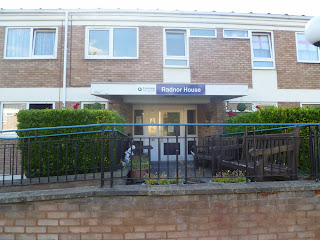 RADNOR House, the former home for the elderly, in East Molesey could become a homeless shelter over the winter.
The Surrey charity Transform Housing and Support is asking Elmbridge Council for a temporary change of use, for the building to accommodate up to eight vulnerable people overnight from January to March next year.
But local residents, including in Hansler Grove (where Radnor House is located), are worried it could lead to drug addicts or ex-offenders descending on the area.
Since hearing of the plans I have been in contact with Conservative colleagues at the Elmbridge Council to press for more detail and to feedback Molesey’s concerns. The housing portfolio holder, Councillor James Browne, told me: “The intention is to provide shelter for vulnerable people who would otherwise be sleeping rough during the coldest time of the year. There would be up to eight individuals staying overnight at Radnor House, from 5.30pm until 8am - and two staff on site the whole time.”
Cllr Browne said the shelter would not continue beyond March as the council’s intention is to sell Radnor House as affordable housing.
Further assurances were offered to the community by council and Transform charity representatives at a packed public meeting in Molesey on November 25th, which I attended.
Key points which emerged were: that this is a pilot scheme with a view to setting up a permanent service away from Molesey; that the entrance in Walton Road would be used instead of the one opposite The Orchard School; that boarders would have to be referred to Radnor House and will not be able to turn-up unannounced; that they will not be able to come and go in the night; and there would be a bar on ‘certain types of offenders’ staying.
Andrea Cannon of Transform said: “Homelessness is an increasing problem in Elmbridge because people can’t pay their rents, or can’t find work so they lose their homes through no fault of their own.”
Elmbridge councillors are expected to decide in December whether Radnor House can be used as a temporary shelter. The Molesey News will continue to monitor this issue and keep residents updated.
Posted by Steve Bax at 19:33 1 comment:

THE funeral of PC Andrew Duncan in Molesey on October 11 was an event that will live long in the memory of our town.
Residents who lined the streets witnessed the spectacle of hundreds of police officers - including at the highest levels of the MET - arriving at St Mary’s Church to pay their respects.
So great were the numbers that the church could not accommodate all the mourners, and a marque had to be set-up in the car park close by.
Andrew tragically died as a result of doing the job he loved, when he was struck by a hit and run driver while on duty in Sutton. He was 47-years-old and leaves behind a wife and two children aged 17 and 14, whom he doted on.
Although the MET regarded Andrew as one of their own, he was first and foremost a son of Molesey, having grown up in Matham Road and attended The Orchard and St Lawrence schools. He continued to live here after he was married.
Andrew had a lifelong association with the scouts, and followed in the footsteps of his father John Duncan who has been a leader with the 1st Molesey Scouts on and off for 60 years. As a boy Andrew accompanied his parents to scout camps, before joining aged eight.
As a Sea Scout he found his passion for the water, while on land he was fond of motorbikes. He is pictured (above) on a family holiday to New York posing beside a police motorbike.
Andrew’s sister, Julia Williamson, told our newsletter The Molesey News: “Andrew’s fellow scout leaders talk about how he often gave up his own leave to help out whenever needed. He did not look for praise, he gave up his time selflessly. So many have benefited from the wealth of experience Andrew learnt through scouting.”
His dad John thinks the values of community and service which Andrew learned from the scouts probably persuaded him to join the police. He started on the beat in Battersea in 1990 and had served as a traffic officer since 2004.
His family will be launching a memorial fund in his name to raise money for local projects. They are assembling a team of Andrew’s family, friends and scouts to run the inaugural Hampton Court Half Marathon on 23 February 2014 and have a host of events planned.
Chief Superintendent Glyn Jones, who spoke at the funeral said: “Andrew made many notable arrests. On one occasion he managed to turn a stop in the street for an out of date tax disc into an arrest for a series of armed robberies. Andrew was exceptionally good at what he did.”
Commissioner, Sir Bernard Hogan-Howe, added: “PC Duncan willingly chose to serve his community through his work as a police officer, and his passion as a volunteer scout leader. He was widely respected and well liked.”
The Molesey Conservatives would like to extend our sincere condolences to Andrew’s family and friends.
Posted by Steve Bax at 19:30 No comments: