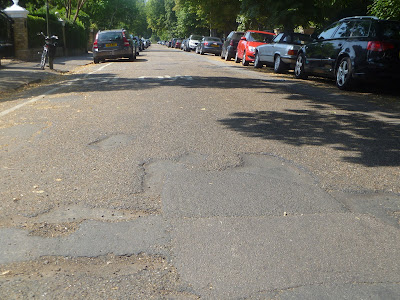 RESIDENTS of some of Molesey’s most potholed and worn-out streets can have some good news at last.
Surrey County Council is spending £100 million to overhaul and repair the roads network, and has announced that Molesey is to receive substantial attention in this programme over the next two years.

As part of the ‘Operation Horizon’ project of road-works, Hurst Road, Hurst Lane, Bedster Gardens, Bridge Road and Seymour Road are being resurfaced in the current municipal year. This will be followed in 2014/15 by repairs to Grove Road, Kent Road, Palace Road and Wolsey Road in East Molesey, and also to Island Farm Road and Poole Road in West Molesey.

During the spring election campaign this year I had the opportunity to meet and talk with substantial numbers of the electorate whilst canvassing door-to-door, and many residents told me that the deteriorating condition of the roads was a priority for them.

Some Molesey streets like Island Farm Road in the West, and Grove Road in the East side of town are in a very shabby state and have been so for far too long a time. I have been lobbying at County Hall over this issue and am glad that it’s now being addressed seriously by the authority.The action from the Conservative administration at Surrey follows a study by the Automobile Association last year which concluded that several seasons of unusually adverse weather - involving a sustained battering from the elements in the form of heavy rains, floods, and snow - had left nearly a fifth of the country’s roads requiring urgent maintenance.

In Surrey 17% of roads are classified as ‘poor’ and in need of structural repair - a surprising fact in one of the nation’s wealthiest counties.

The administration took the difficult decision to increase council tax by just under 2% in April to raise the revenue over the next four years to finance road repairs and as other pressing problems such as expanding educational provision.

In Elmbridge, £9million will be spent on roads, with almost 30 miles being resurfaced in around 100 separate projects. The council’s contract with May Gurney plc also involves a 10-year warranty for its work, meaning that if potholes reappear in that time frame the company must bear the cost of their servicing, not the tax payer.

Other roads to be resurfaced this year include First Avenue, Molesey Avenue and Langton Road, plus Molesey Park Road, Poole Road and Molesey Road, next year, and Orchard Lane, Boleyn Drive, The Crescent, Berkley Drive and Buckingham Avenue & Gardens in 2015.

It’s a relief to see that this area of Molesey’s infrastructure is at last being attended to.

Any issue about the structural condition of Molesey streets can be reported by emailing Surrey County Council at improvemyroad@surreycc.gov.uk
Posted by Steve Bax at 02:40 No comments: 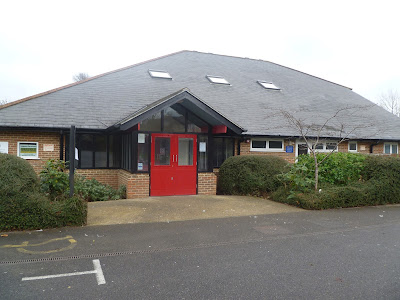 I WELCOME Elmbridge Council’s decision to double the money it is investing in Mole Hall.

The council had planned to spend £200,000 to refurbish the hall in West Molesey’s Bishop Fox Way, as part of plans to relocate Molesey Day Centre and Meals on Wheels services there. But it has been able to secure an extra £60,000 from Surrey County Council, and will contribute more in turn from its own budgets to boost the total to £400,000.

Cllr Christine Elmer, Conservative cabinet member for social affairs, told me: “The extra money will allow us to install a suspended ceiling across the whole hall, remove the heating stacks, provide additional partitions and low level windows, and new lighting.

“This will be a high quality refurbishment. The work is due to begin in October with the centre being operational early next year.”

Christine confirmed that hall hirers have been personally consulted on the changes, and will continue to be. Molesey councillors have also been consulted via meetings with officers and cabinet members and the leader of the council.

Elmbridge Council is making the changes because Molesey Day Centre has outgrown its current home in School Road and needs to expand. At the same time Mole Hall was being hired only 27% of the time. But by combining the successful day centre & the hall it is believed the long term future can be secured of both.

There have been a few excitable rumours going around that Mole Hall could be sold for housing or even turned into pitches for travellers! Some of this uncertainty seems to a degree to have been got up irresponsibly by elements of the Molesey Residents Association, but it has not helped at the same time that the site featured on a list drawn up by civil servants of possible future development areas.

However, having lobbied on the matter I have received assurances that the future of Mole Hall is safe, and signficant investment of £400,000 should assuage any doubts (and gossip from certain green rosetted quarters) as to the councils’ commitment to the long-term future of Mole Hall, and am sure that it is here to stay.

I recently went around its exterior with a concerned resident and photographed broken gutters and the damaged fencing and having drawn them to the Council’s attention had it confirmed that this will be repaired with the refurbishment.
Posted by Steve Bax at 02:36 No comments:

Conservatives support calls for a secondary school in Molesey

A CAMPAIGN for Molesey to have its own secondary school is gathering momentum in the town.

Some 443 people signed an online petition started by West Molesey mum Rebecca King and the issue made the front page of the Elmbridge Guardian paper in June.

Around 240 pupils currently leave Molesey’s four primary schools each year and have to travel to neighbouring Esher High or Rydens Academy in Walton (or further). This adds to the congestion on the roads whereas a school in Molesey would be in walking or cycling distance and be a healthier option.

This is also an issue about Molesey, a not insubstantial town, being able to ‘stand on its own two feet’ by providing for its own children rather than having to bus them out to neighbouring districts.

Rising birthrates have sent the demand for schools places soaring, and Surrey County Council is responding by spending at least £261million to expand provision.

I am of the view that it is time for a serious consideration of whether Molesey should have a high quality senior school again, after a 30 year gap since its last one was closed. The initial issues for debate are where a school might it be sited and how it would be funded.

I raised the matter with Cllr. Linda Kemeny, who is responsible for schools’ policy at Surrey County Council. She said the council is providing 870 places in four Elmbridge secondary schools. It forecasts the demand for places to reach a high point of 891 in 2015 but then fall to around 837 in 2019.

The official line from Surrey is that it believes it can address the demand by expanding existing schools and does “not feel there is a basic need for additional secondary school places in the Moleseys”.

So the way forward may be for local campaigners to appeal over the heads of Surrey, and seek funds from the government in order to open a free school. We will keep you updated, and you can find out more by searching for Secondary School for Molesey on Facebook.
Posted by Steve Bax at 02:31 No comments: