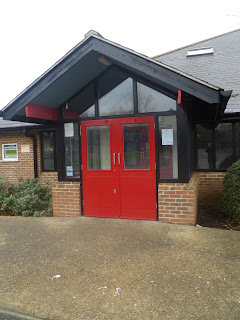 ELMBRIDGE’S Conservative-run council is to invest £200,000 on refurbishing Mole Hall as part of plans to merge it with the Molesey Centre for the Community.

The council hopes the move will address the under-use of Mole Hall in West Molesey (which is currently hired only 27% of the time) and provide a bigger community centre with enhanced kitchen and catering facilities, to meet the demand for Meals on Wheels and centre meals which has soared since the service was featured by TV chefs the Hairy Bikers.

The centre’s current home in School Road, East Molesey, cannot be developed due to lack of space, plus it is adjacent to Radnor House sheltered home, which is at the end of its natural life and is being closed by Elmbridge Housing Trust.

Councillor Christine Elmer, cabinet member for social affairs, said: “As a council we recognise that the Molesey Centre building no longer meets the requirements for a fully functioning ‘centre for the community’ and it is unable to offer the range that our other centres offer.“By creating a fit for purpose facility at Mole Hall there will be room to expand the Molesey Centre facility. Its visitors, volunteers and staff will be able to enjoy an exciting new home.”

Councillor Jan Fuller, the leisure portfolio holder, is also driving the project forward together with Cllr Elmer. She added: “By putting the day centre and Mole Hall together we are ensuring the future of both. We are trying to give the day centre a new lease of life, and offer Mole Hall’s present and future hirers a better facility.”

The council will install a retractable partition in the hall area so that day centre users can occupy one side on weekdays from 9am to 5pm, and hirers can use the other. In the evenings and at weekends the hall can extended to its full size.

Two windows will be added to the hall’s far wall in order to let in more natural light, and a new serving area and hatches will be created and the kitchen refurbished to meet all catering requirements. In the longer term Mole Hall could have an extension built on to the side so that additional classes can be offered to the community.

The council has also spent £40,000 on a new mini-bus to transport East Molesey residents to Mole Hall in the West, although Cllr Elmer said a large number of Molesey Centre users already come from West Molesey.

The plans have received cross-party support, including from Molesey councillors, but some Mole Hall hirers and residents remain opposed and have called for the Molesey Centre to be rebuilt next to Mole Hall rather than accommodated inside.

Cllrs Fuller and Elmer said this would be more expensive and would not address the problem of Mole Hall’s under usage. There is also a wish to model the considerable success at Thames Ditton of providing a Centre and hired hall under one roof.

Cllr Elmer has said publicly that plans are still being worked on and every effort will be made to ensure classes such as dancing and keep fit will continue at Mole Hall.

The council has promised to consult with users and listen to concerns, and has assured that ‘none of the details are set in stone’.


ELMBRIDGE Council leader John O’Reilly is calling on residents to ‘give a little to get a lot’ after announcing that council tax will have to go up this year to safeguard frontline services.

The borough is planning a ‘modest increase’ of just under 2% in its portion of the council tax, after concluding that this would be better than making cuts that might have a detrimental effect on services.

This, in addition to a small rise in parking charges, will generate an extra £450,000 for the borough, but it will still need to save £1.1million in the next financial year.

Cllr O’Reilly (pictured) said: “Your Conservative administration has frozen the borough part of the council tax for five years in the last six, and at the same time we’ve achieved £6million savings with no impact on services.“Every so often a modest increase is needed to protect the services residents value, but rest assured we will continue to bear down on costs as we always have.”

He added the council is facing pressures from reduced government funding and a drop in income as its investments in high interest accounts reach maturity.

Elmbridge is looking at a number of capital investments that could generate money in future years and reduce the need for further tax rises.

Council tax is split three ways between the borough, police and Surrey County Council, with all three authorities able to raise or lower their demands each April.

Barclays is closing its branch in West Molesey


WEST Molesey is to lose its only bank after Barclays announced its intention to close the branch on the corner of Walton Road and High Street.

It wrote to customers to notify them that the branch will shut from April 5th, and the nearest alternative will be two miles away at Hampton Hill. The bank has not revealed the reasons for its decision.

A resident said in an email to us: “This is appalling. There are many people in West Molesey, who are disabled, elderly, and have no transport.”

No reprieve for Molesey Police Station 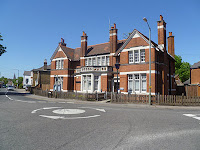 SURREY'S new Police & Crime Commissioner has halted the sell off of police stations - but unfortunately not in time to save ours in East Molesey.

Kevin Hurley is keen to see disused stations being turned into affordable homes for police officers, but said in Molesey's case "this disposal was too far advanced for further consideration to be possible."

He told us he does not know the details of the disposal yet, but we are looking into it.

SURREY County Council is thinking of moving Hurst Park School from it’s current home by the river to a disused site further up the Hurst Road.

It is working on draft proposals for a new building at the former John Nightingale School site, which is about 5-10 minutes walk from the current school, and one and a half times the size.

Details are still to be worked out, such as programme schedules and budgets, plus what would happen to the existing school. But Hurst Park School governors are looking at the proposals positively.

Chairman Chris Johnson said: “The view of the Governing Body is that the proposal has merit and the opportunities afforded by the proposal for the current and future children of Molesey should not be missed. The Governing Body will assist wherever possible in ensuring that the final proposal meets best practice and provides the best facilities available for the school’s pupils.”

Governors are to hold a meeting with parents to discuss the move.

The county has already created 60 new classroom places at The Orchard in East Molesey, and three new classrooms at Hurst Park in West Molesey.

By 2020 the county council believes it will need to have created 1,406 new primary places in Elmbridge borough and 530 secondary places.

Steve Bax of the Molesey Conservative Residents, said: “The likelihood is that unless Molesey’s existing schools can be sufficiently enlarged to cope with the upward trend, more and more parents will be forced to commute further. This is hardly ideal at a time when we should be encouraging walking to school to improve the health of our children and reduce congestion on our roads.”

What is your view? Are you concerned about the rapid expansion of your school, or have you had to enroll your children outside of Molesey due to a lack of spaces? Please post a comment.